A personal commitment to philanthropy.

We believe good business and responsible citizenship go hand in hand and giving back is not just a check-the-box exercise at ICR. It’s ingrained in our operating philosophy. For us, it’s also personal. Between December 2008 and December 2010, the firm lost three members of its family to cancer: Chad Jacobs and John Flanagan, both co-founders of ICR, and Dana Duffy, the wife of ICR President Don Duffy. To see these three vibrant people stricken down in the prime of their lives was a heartbreaking blow to the entire firm.

To honor their memories, we established three foundations in their names which will ensure that Chad, John and Dana will continue to have a positive impact on the lives that have followed theirs. 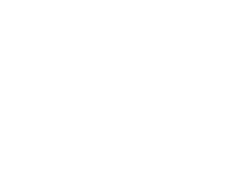 Chad was a founder of ICR, but more importantly, he was the loving husband of Karen and devoted father to Taylor and Mac.

He was born in Harrisburg, Pennsylvania and moved to Fairfield, CT at a young age. He attended Fairfield College Preparatory School in Fairfield, CT where he was a member of the ’80-’81 Connecticut State Division I championship team and co-captain of the ’81-’82 season hockey team. Chad attended the College of the Holy Cross in Worcester, Massachusetts where he was captain of the men’s hockey team and received a B.A. in Economics in 1986. After Holy Cross, Chad attended The Schiller Institute in Heidelberg, Germany, The University of Munich and ultimately earned an MBA from the University of Connecticut.

In 1998, after several years as a Wall Street equity research analyst, Chad co-founded ICR with his lifelong friends and fellow Fairfield Prep classmates, Tom Ryan and the late John Flanagan. Until his death he served as Co-CEO and a member of the Board of Directors, and along the way helped build the highly successful retail and consumer practice at the firm, while more broadly managing ICR’s growth. Chad was an executive board member of the John Patrick Flanagan Foundation and was a long-time coach of youth hockey teams at Wonderland of Ice. He was an avid fisherman, a fiercely competitive tennis player, and as many friends fondly remember, Chad was always the life of the party.

John was a founder of ICR, but more importantly the loving husband of Amanda and devoted father of Emma, Bridget and Jack.

After practicing litigation law, John joined forces with his high school friends Chad Jacobs and Tom Ryan to start ICR, where he served as a member of the Board of Directors, the firm’s General Counsel and a founding principal of its Corporate Communications Group. John was a driving force behind the success of the firm, which benefitted greatly from his strategic thinking and measured approach to problem solving. His culture-building attitude and mentorship of younger team members left an indelible mark on ICR that is still felt today.

John grew up the oldest of six children, and as an adult cherished being part of a large, loving, Irish Catholic family. As a father himself, John’s top priority was spending time with his own three children. He was most happy simply relaxing at home with his family and friends around him. People took an instant liking to John who had a keen and effortless sense of humor. He was truly beloved by all and is sorely missed.

In an effort to honor John’s memory and support the community, ICR became a founding sponsor of The John Patrick Flanagan Foundation. Because of John’s love of family, the Foundation’s mission is to help vulnerable children and families by supporting charities that provide the direction, education and healthy environment that vulnerable children and families need to have the opportunity to reach their full potential.

Dana Duffy: Compassion … Let It Begin With Me

Dana Duffy was the loving wife of ICR’s President, Don Duffy, and the devoted mother of four sons, Dean, Dylan, Dale and Dustin.

She is forever celebrated and fondly remembered for her passion, her willingness to help others and her sense of humor and kindness.

ICR is a long time supporter of Dana’s foundation, Compassion…Let It Begin With Me, an organization that’s focused on continuing Dana’s passion to help others and her wish to ease the suffering of fellow chemotherapy patients. Dana started the foundation during her own battle with cancer, and Don and her two oldest sons, Dean and Dylan, have carried on her work and more generally the foundation’s mission to show compassion for the sick, bring comfort and hope for cancer patients, one life at a time.